The Journey of My First Hackathon

Last weekend, I took part in my first proper hackathon - Hack Around the World - which was hosted by MLH. I thoroughly enjoyed the experience and my project placed second overall and also won a sponsor category (best domain name from domain.com). 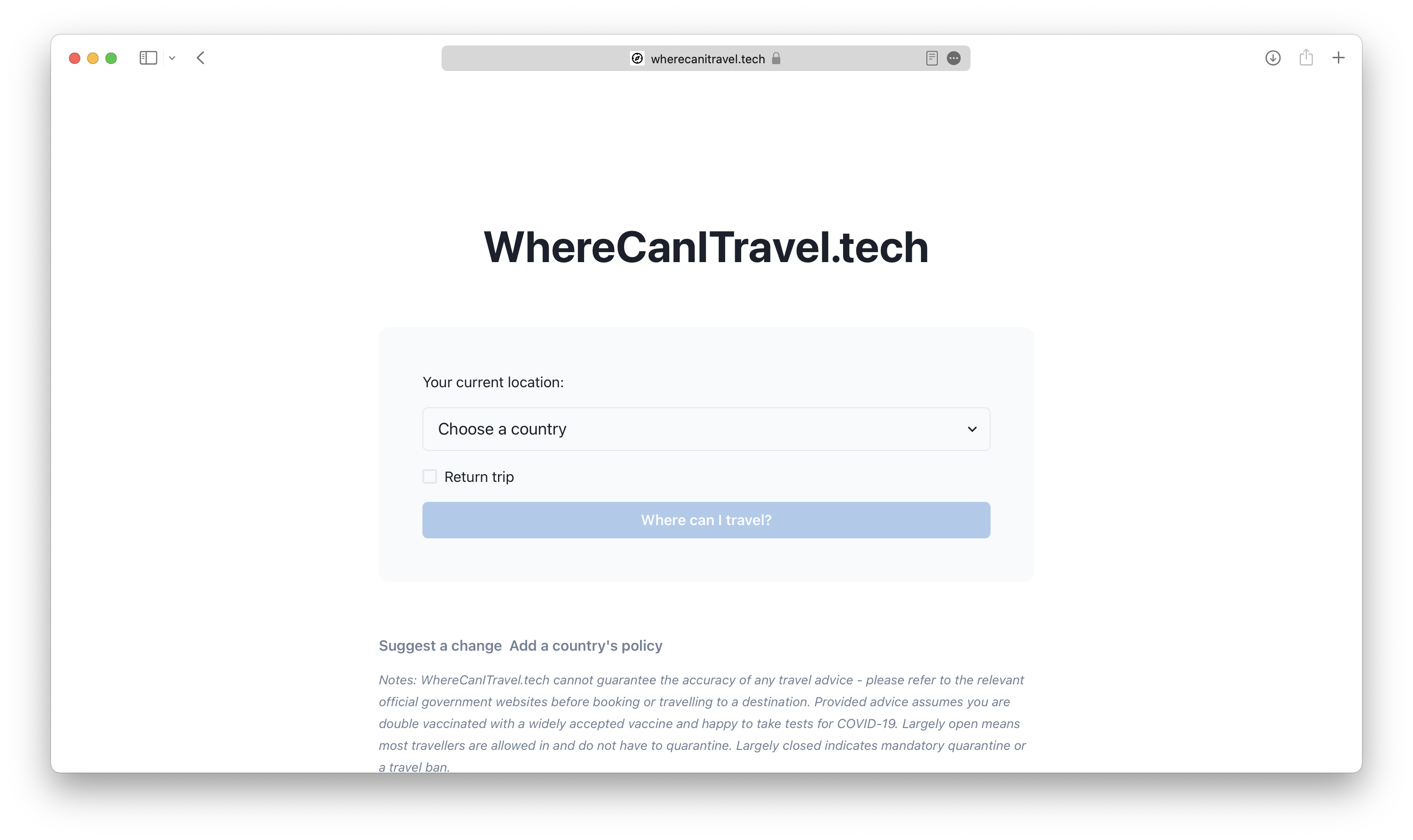 Coming up with an idea

As this was my first hackathon, I wanted to build something on theme (to do with travel) to really get the most out of it. So, I gave myself no more than 30 minutes to come up with an idea, and jotted them down using Reminders. Here was my list:

From this, I chose the final option as I felt it was achievable, simple in concept but also topical and really useful. By making the database publicly editable, the map would be constantly up to date and correct. I then went on to brainstorm the architecture of my solution.

I decided to use React and Chakra UI for the front end and identified a number of packages that would make working with a map and countries easier. I also chose to use Google Cloud Functions and Firestore for the backend and did so for three reasons: best use of Google Cloud was a sponsor prize at the hackathon; a serverless architecture would definitely be easier to pursue; and I wanted to learn more about Google as a cloud provider.

In hindsight, whilst I decided on the frameworks well, I should have spent more time planning the format the data would take. I started off with different lists of countries for many categories (vaccinated, with testing, quarantine, etc) but eventually simplified to just a largely open and a largely closed for each destination. If I had planned it out better I could have avoided this change.

At this stage, I also decided on and registered a domain name. As best domain.com domain was a sponsor prize, I registered the domain wherecanitravel.tech at domain.com. It was important to think about a good domain, and this ended up winning me this category. The next step was to actually program the thing!

I started with the Google Cloud Functions as they would be necessary to access the data in the Firestore. Whilst I have worked with AWS lambda before, this was new to me and I struggled to get the code to work. In retrospect, I should have set up a local development environment to test the code before waiting for it to deploy on Google Cloud.

The front-end, on the other hand, was much more straight forward. Chakra UI made it easy to put together a clean, modern interface that obviously appealed to the judges. I learnt a lot about some of Chakra UI's more uncommon elements such as Collapse and Modal which worked well in my website. To deploy the site, I used Netlify.

I worked on the project for around 15 hours in total. As I could not take part on the Sunday, I submitted my project to Devpost on Saturday evening. In my first ever hackathon, my project won second place overall and also won Best Domain from Domain.com. Here are my tips that I've learnt from this experience:

I really enjoyed taking part in Hack Around the World and can't wait to take part in future hackathons too!

If you'd like to see my project, you can do so at wherecanitravel.tech or you can view the code on GitHub.

My Development Experience - Mafia: The Game

How could AI bias affect the scientific method?